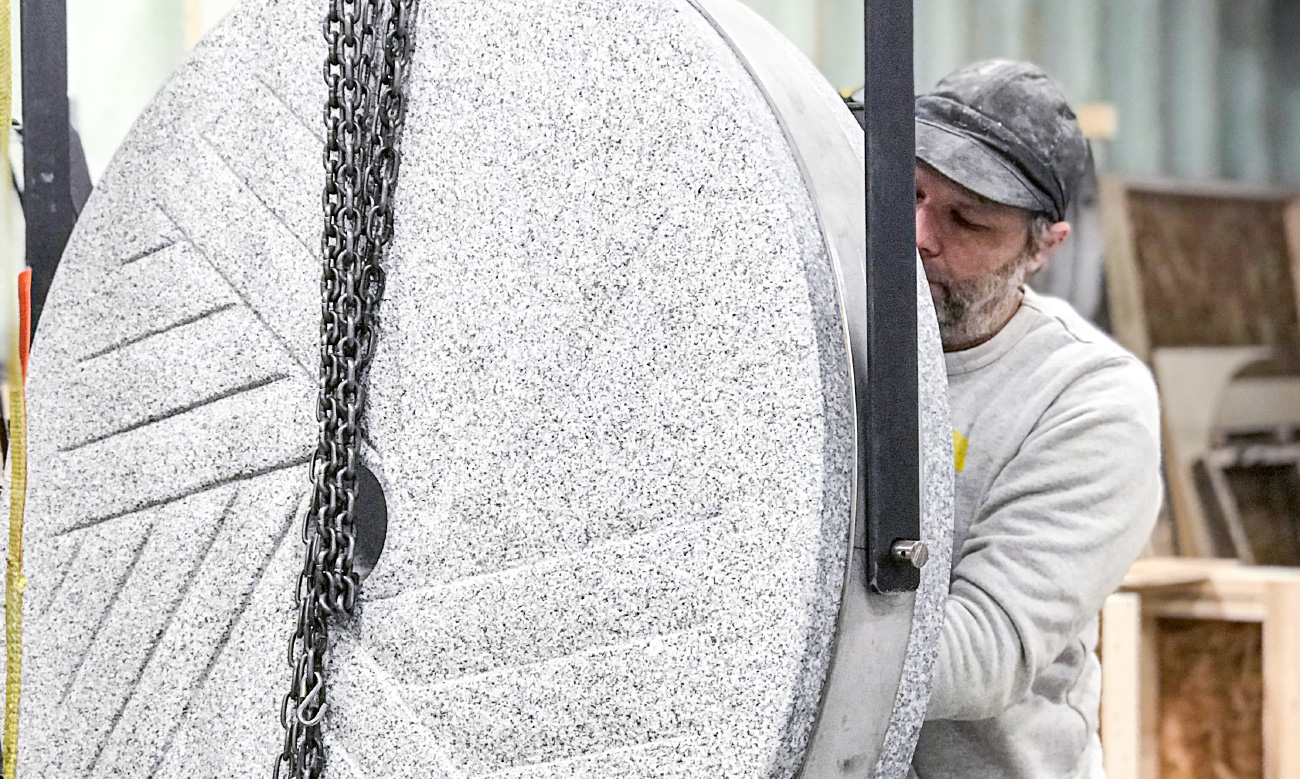 Milling whole grains into flour dates back thousands of years to when stone mortars and pestles were the preferred technology.1 In the newly formed colonies that became the United States, demand for flour led to the construction of small grist mills to provide essential services to their local communities. However, by the early 20th century, the industrialization of agriculture and food production had essentially put small mills out of business in favor of cheaper, mass-produced flour.2 The 2010s saw a resurgence of local milling, spearheaded by the focussed efforts of farmers, bakers, and community leaders who understood a robust local food system’s economic, environmental, and nutritional value.3 The New England mills featured here are just a few examples of the ways local mills have revitalized local food systems and inspired more diverse and nutritious baked goods. 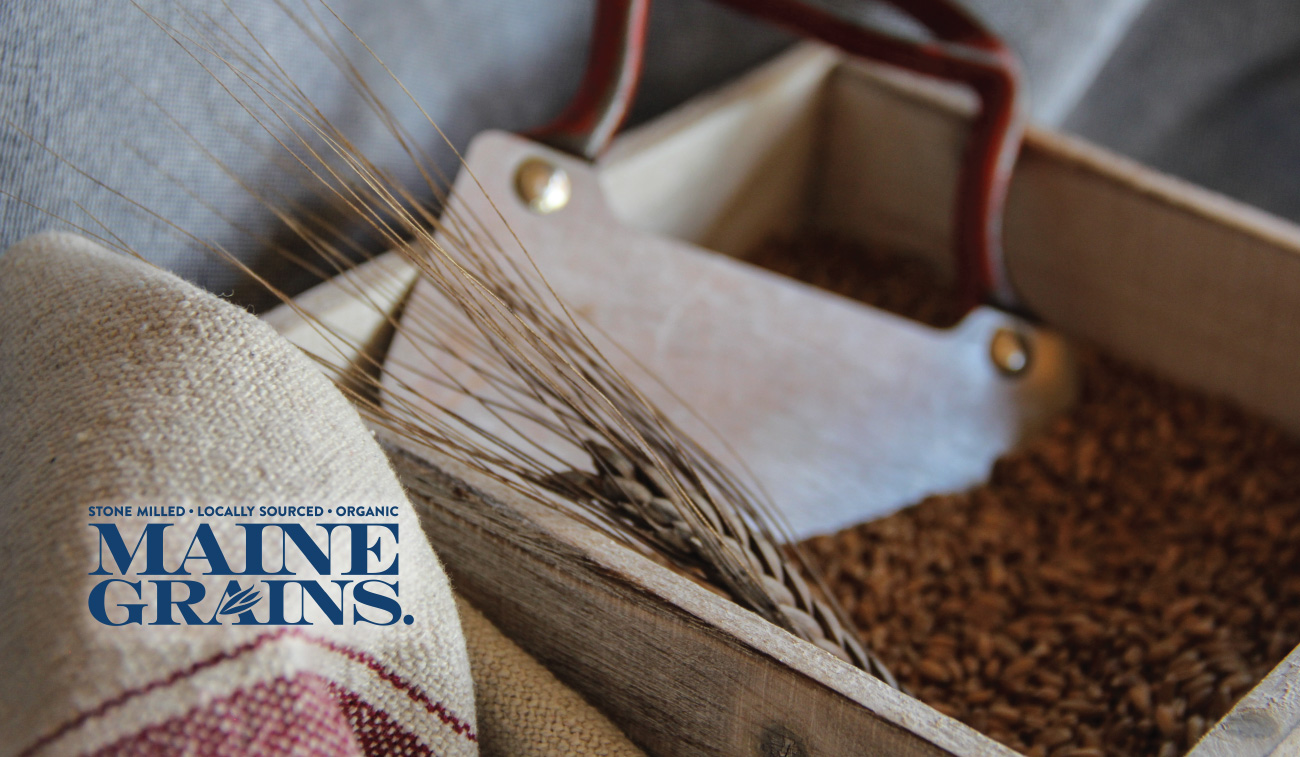 Maine Grains emerged from the same community effort to revitalize Maine’s grain economy that helped create the Maine Grain Alliance, which aims to “inspire and empower people building local grain economies.” In 2012, Maine residents and mill founders Amber Lambke and Michael Scholz saw a need for grain processing in the state. They converted a former jail building in downtown Skowhegan into a gristmill to revitalize the local and regional grain economy.4

Maine Grains plays a key role in supplying the Northeast states with local, stoneground flours, but the economic and environmental benefits of the mill impact Maine the most. Local farmers who plant various grains to sell to the mill, including wheat, oats, rye, spelt, corn, buckwheat, and barley, witness improved soil health thanks to the role these plants play in nutrient cycling. Maine Grains has helped create a market for local grains, supporting both the farmers and the many other grain businesses in the state. Today, the mill works with forty-five farms and supplies bakeries, breweries, restaurants, and natural food stores throughout the Northeast.5 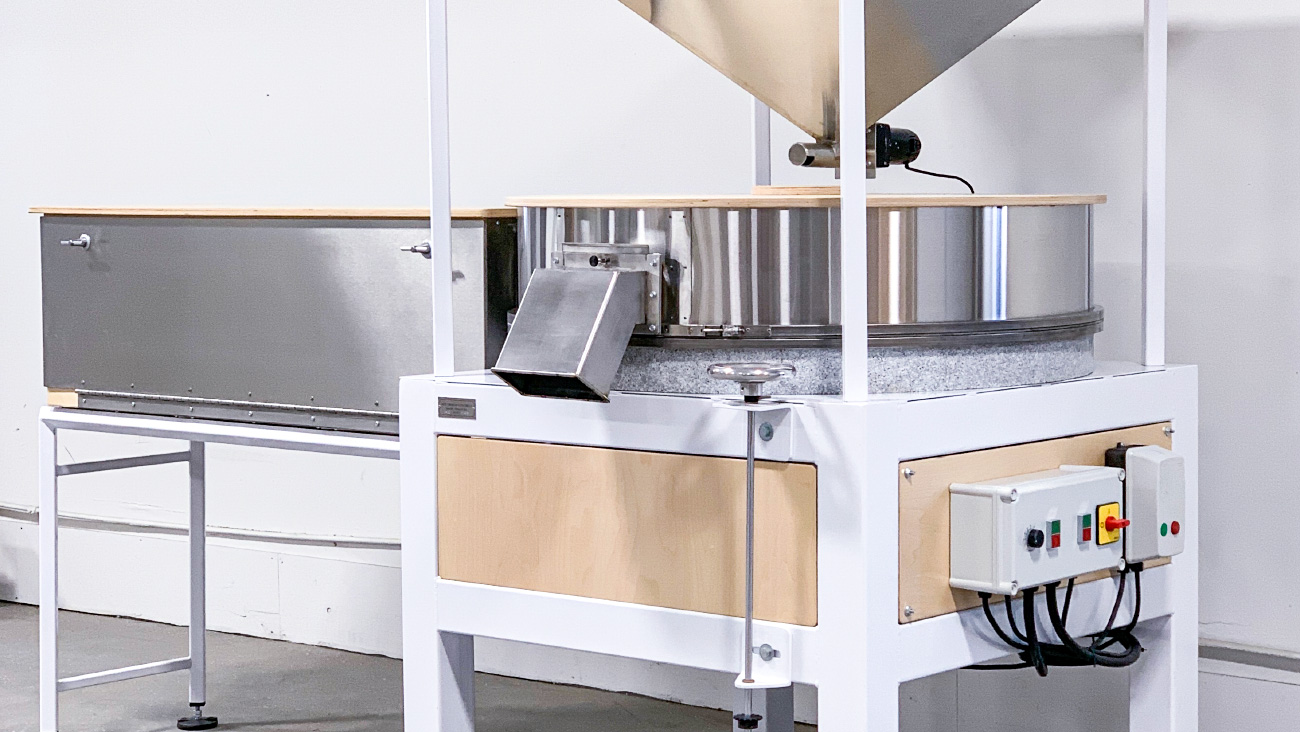 Elmore Mountain Bread is a wood-fired micro-bakery and stone mill that started in 2004. Co-owners Andrew Heyn and Blair Marvin pride themselves on their small-scale, high-quality production process, which uses organic, regionally grown flour milled on site. When they couldn’t find enough freshly milled flour for the bakery, Andrew began researching and building mills, and from there, New American Stone Mills was born. Together, these two businesses offer an example of the full circle mill and bakery.

Over the years, they have provided materials and support to other bakers hoping to evolve their craft with locally sourced, freshly milled grains. As Andrew Janjigian writes in the Epicurious article “The Power of Fresh Flour,” New American Stone Mills and similar companies have created “a new generation of grist mills and flour sifters that are affordable, effective, and scaled to fit within the often-cramped confines of an average bakery.”6 Together, these two businesses have paved the way for many small-scale millers and bakers who are following their lead in producing and baking with freshly-milled flours. 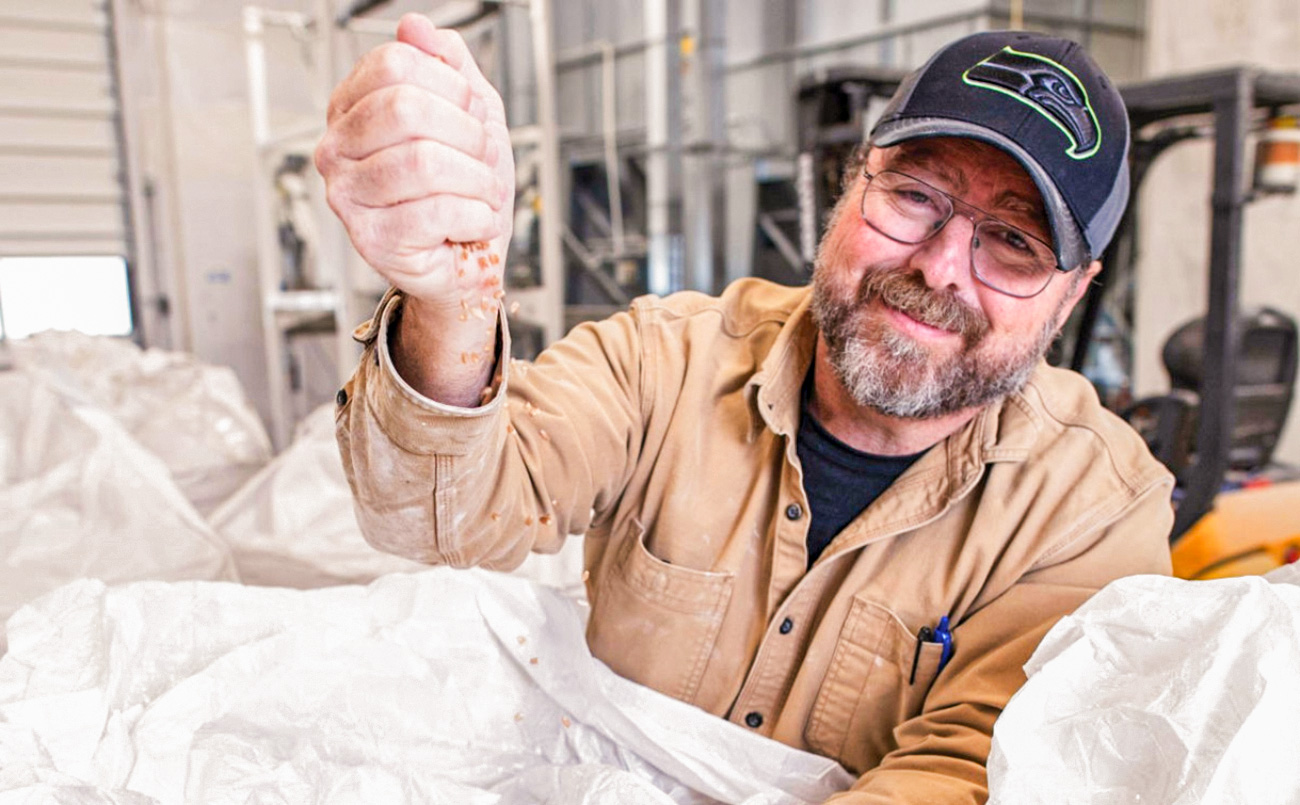 With a group of dedicated farmers, bakers, and economic development leaders, Kevin Morse founded Cairnspring Mills in 2016 and began milling the following year. The mill resulted from a community effort to support small farms, shorten the distance between producer and consumer, and conserve farmland and soils in a region with a strong agricultural heritage. Today, Cairnspring Mills produces a diverse array of flours sourced from farms in the Skagit Valley. Their goal to produce fresh flour is inextricably tied to their support of soil health and the local food economy. 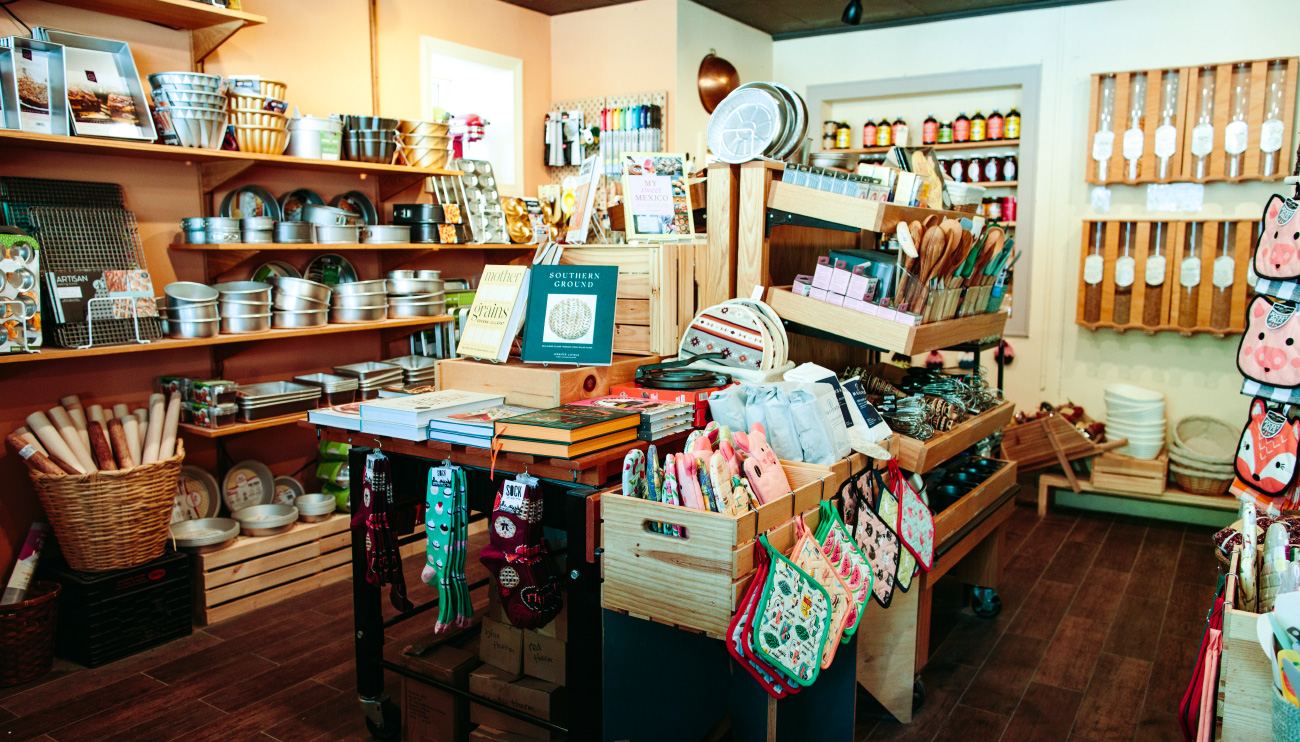 Elmendorf Baking Supplies & Café is a store, bakery, and grain mill that opened in 2018 in East Cambridge, Massachusetts. Owners Alyssa and Teddy Applebaum were already deeply connected to the Boston food scene when they stated in an email to Eater that they saw an opportunity to become a “home for people who geek out about grain.”7 Using a New American Stone Mill, they now supply customers with fresh flour and whole-grain pastries and classes and supplies to further home and professional bakers’ familiarity with wheat varieties and other grains not available in the commodity marketplace. 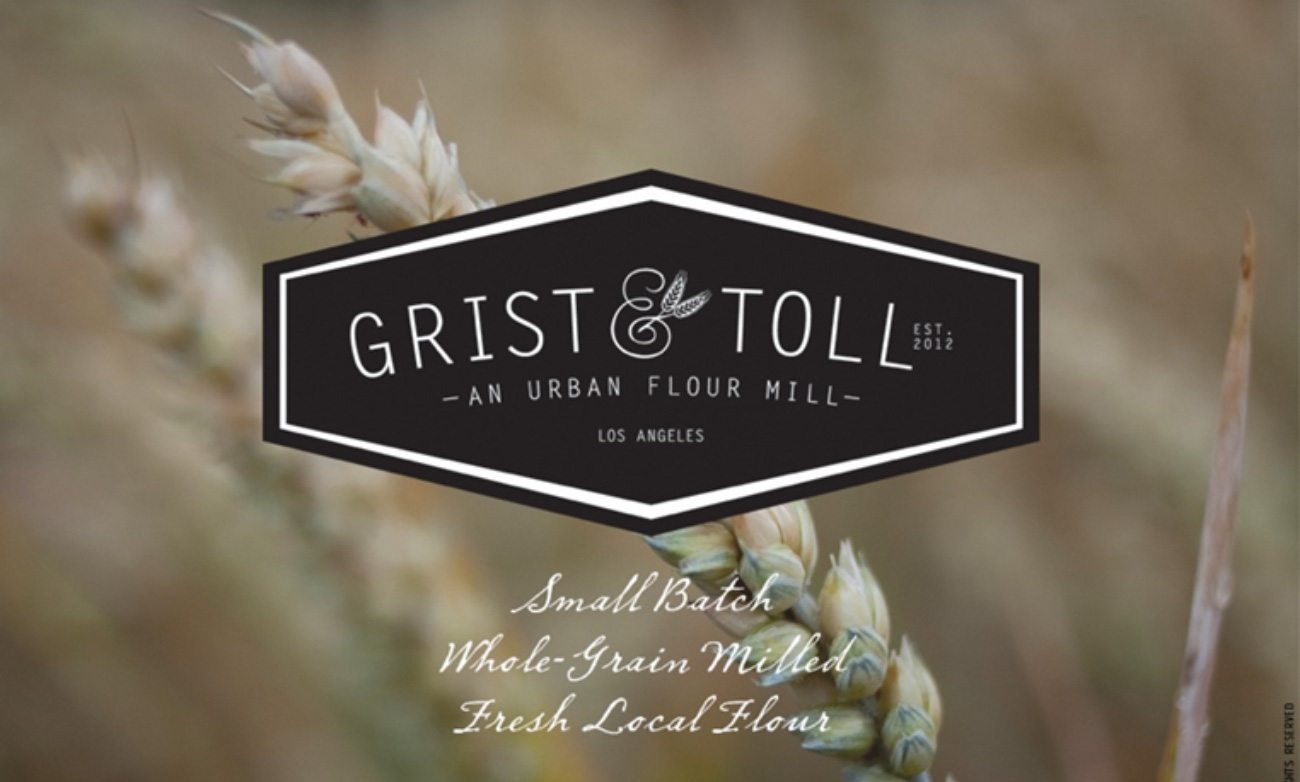 Grist & Toll is an urban flour mill founded in 2012 by baker Nan Kohler to reintroduce the craft of milling and provide local bakers with fresh whole grain flour. Kohler sources her wheat and grains from like-minded farmers dedicated to sustainability and transparency. Her goal is not to revive an old-fashioned approach but to showcase the beauty and diversity of grain, which we have lost, and to put it back where it belongs — on the cutting edge of culinary pleasure and discovery.

Grist & Toll stands out not only as an urban mill but also for launching at a moment when the local grain movement was beginning to stir in Southern California. Kohler became involved in the local grain community – attending and presenting at grain events in the U.S. and abroad and promoting the California Grain Campaign (a call for farmers’ market bakers to use at least 20% locally grown whole-grain flour by 2020). She now serves on the Board of Directors for the California Wheat Commission, which supports wheat growers of all sizes and scales throughout the state. Grist & Toll produces exclusively 100% whole grain flour, which Kohler believes is the key to unlocking the beauty of grain diversity and empowering creativity. 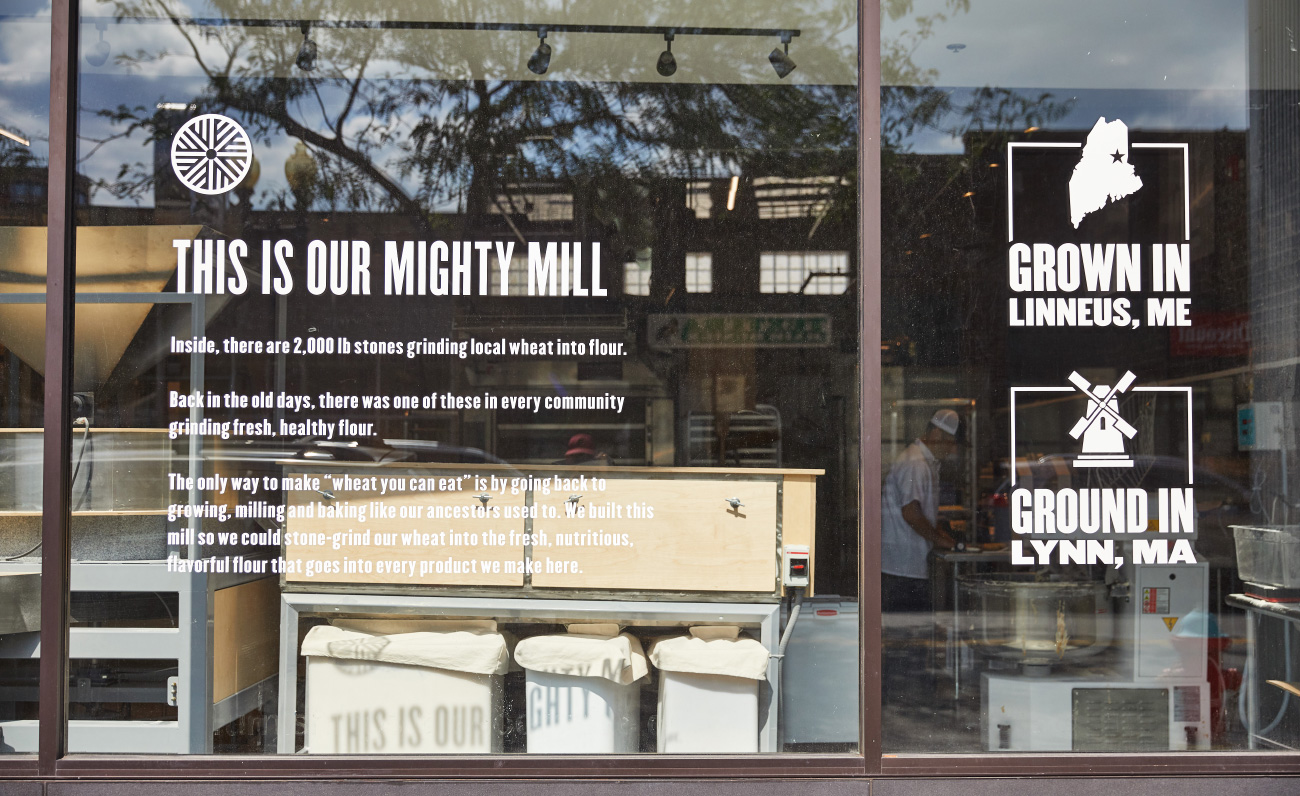 Successful entrepreneurs Jon Olinto and Tony Rosenfeld were looking for the next enterprise they could sink their teeth into. Like their previous endeavors, food would be at the core, and the food they made would be healthy, environmentally friendly, and delicious. A friend mentioned the movement to restore regional grain networks, and suddenly the pathway leading to One Mighty Mill beckoned. They educated themselves about wheat and learned that among the tens of thousands of varieties are some that thrive on New England soils, taste delicious, and produce soft, chewy bagels.

The source of their grains was important; they would need organic farmers who were both reliable and willing to experiment. Their search ended when they met the father and daughter owners of Aurora Farms and Mill in Linneus, Maine. They decided to mill in-house, to locate their mill where it could bolster a local economy in dire need of a boost, and Lynn answered the description. Their engagement with the town grew to include discounts for residents and bagel delivery to local schools. As for the mill that would turn wheat berries into fresh, flavorful, nourishing flour, what could be better than a handsome New American Stone Mill built by Andrew Heyn?

Jon and Tony are passionate about restoring wheat to its rightful perch atop the food value hierarchy. A study released in 2019 determined that whole grains are under-consumed in 195 countries and are one of three foods worldwide that cause more disease and early mortality than any other foods. To encourage people to eat more whole grains, they began a wheat conversation that continues on their packaging. They talk about “revolutionizing the bread aisle”; “wheat you can eat” appears on every package of bagels. Their enthusiasm is infectious. They describe themselves as two-bagels-a-day men, and if you spend a little time in their company, you may find yourself yearning for that second bagel.