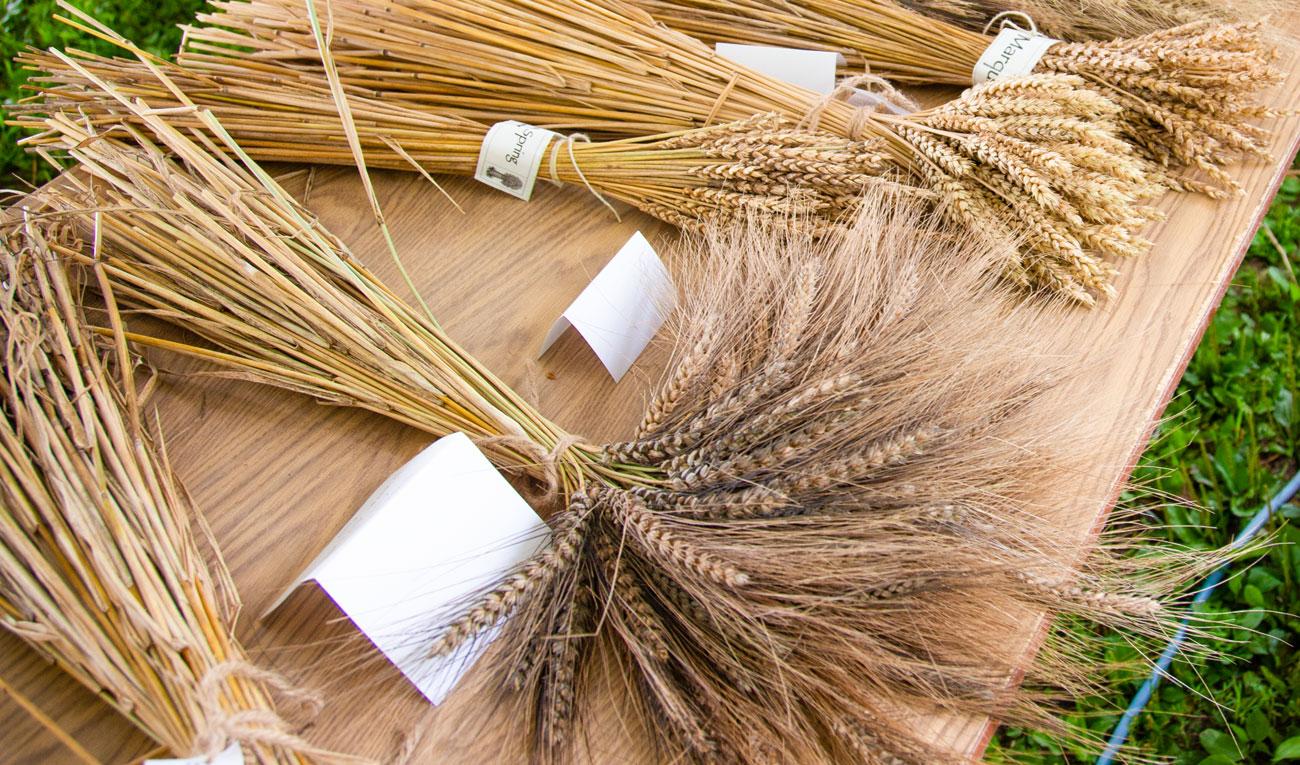 Regional grain networks are popping up around the country and the world. These groups are developing as more people link together to farm and process staple crops for local markets rather than conventional commodity streams.

The work of grain farming, milling, and malting has happened out of consumers’ sight for a long time. Our daily bread holds a lot of cultural capital but not much practical presence in 21st century America. That’s because grains are storable at harvest and easily shipped far from where they grew, and processing has narrowed from grist mills in every town to a handful of mega mills serving the entire country. It’s worth noting that early in America’s history, when European immigrants began colonizing indigenous lands with wheat, barley, and rye, these grain crops were local crops.

Grain growing and milling began to leave New England when the Erie Canal opened in 1825; soon after, railroads pulled grain production further West. Milling and handling hubs developed at centralized locations, like Richmond, Buffalo, New York, and St. Louis. Millstones prop up mailboxes, and amber waves of grain are sung about and featured in patriotic visuals for beer advertisements. The imagery of brewing is relatively well-known because of craft beer. But it is hard to visualize flour mills or malt houses, the intermediate processing facilities needed for grains to make their way to our bread and beer.

The birth of the regional grain movement
Renewing regionality for grains takes a lot. Grains are high-volume, low-value crops that require significantly more land and specialized machinery than other types of farming. Figuring out what needs to happen on farms, establishing handling and storage facilities, and educating food and beverage manufacturers requires a lot of resources. Centralized grain belts have dominated all aspects of production, so research needs to happen on farms and at private and university sites, to understand how to reintegrate these crops. Scale-appropriate farm equipment, in addition to milling and malting infrastructure, needs development. Bakers, brewers, and distillers need to know what to expect from the products of smaller-scale grain farmers, and everyone along the grain chain needs to be in touch. This necessity is the mother of cooperation.

Regional Grain Organizations
A few people have led the way in the Northeast, like baker Jim Amaral of Borealis Breads, who approached Matt Williams, owner of Aurora Farms and Mill in northern Maine. In Vermont, farmers Jack Lazor and Ben Gleason were early grain growers, and their informal exchanges of information launched the Northern Grain Growers Association. Researchers at the University of Vermont and the University of Maine got together to learn more, applying for and receiving a USDA SARE grant. Heather Darby from the University of Vermont and Ellen Mallory from the University of Maine organized groups to travel to Denmark and Montreal to see how farms, mills, and researchers reestablish small-scale grain production. As more people drew toward the prospect of regional grains, grassroots groups assembled, including GrowNYC Grains and the Maine Grain Alliance. These organizations are working on their own and together, building knowledge and relationships key to developing a viable market for grains in the Northeast. GrowNYC runs producer-only farmers’ markets in New York City. In the early 2000s, the farmer market organizers realized they needed to get bakers aligned with the organization’s mission to support regional agriculture. To accomplish this meant investigating existing and potential sources of regional flour and working with their bakers to use that flour, once found. GrowNYC Grains collaborated with university and private researchers and enterprises like Maine Grains, Valley Malt, Wide Awake Bakery, and Farmer Ground Flour to help foster a grainshed in the Northeast.

Another group is building on the groundwork laid by GrowNYC Grains. The Northeast Grainshed Alliance (NGA) convened first at a symposium in January 2020, where stakeholders brainstormed how to draw people together to strengthen grains in the region. NGA is a member-based organization funded by a USDA grant to boost consumer understanding of and farmer participation in new routes to grain-based foods and beverages in New England, New York, and New Jersey.

Grain networks elsewhere are putting energy into similar efforts and often collaborating with each other. The Artisan Grain Collaborative (AGC) is working directly in the Midwest and beyond on grant projects around the country. AGC is creating peer connections amongst its farmers, hosting bake tests and field trials of different varieties, and initiating conversations to push the needle on important matters for staple crops. Discoveries may be unique to each area, but each successful grain endeavor can offer insights and information to another emerging grain place. For instance, The Colorado Grain Chain is working with the University of Colorado and the Rocky Mountain Farmers on a USDA grant called Grain School and generating resources that serve folks within and beyond the Mountain West. In Washington State, the Bread Lab and Cascadia Grains support tighter connections all along the grain chain; their work also applies to and supports farmers and businesses worldwide. These groups are loyal to the businesses in their network and open to sharing research and resources for the general good.

Amy Halloran is the author of The New Bread Basket: How the New Crop of Grain Growers, Plant Breeders, Millers, Maltsters, Bakers, Brewers, and Local Food Activists Are Redefining Our Daily Loaf.